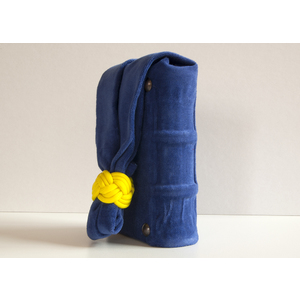 From the Don Widmer Gallery

From the Don Widmer Gallery

Description: St. Francis of Assisi (1181/82 - 1226) was an Italian Roman Catholic friar and preacher. He founded the Franciscan order, worked to end the Crusades, and was widely regarded for his love of animals and the natural environment. He served as the inspiration for this artist book. Girdle books are mainly found during the time period of 1400-1550, in Germany and the low countries. They contained religious texts and were personal and precious pieces in an era where books were more rare and one-of-a-kind. When hanging from the girdle (belt) of the wearer, the text would be carried upside down. This was so that the reader could lift the book to read without detaching it from the belt. Girdle books were worn by both men and women, as depicted in paintings, sculptures, carvings and stained glass images. Religious figures as well as lay people carried girdle books, such as travelers. The books were often bound in vibrant colored suede or cloth. During the Medieval era, leather was cheaper than cloth, so a book wrapped in velvet would have been considered a luxury. The structure was taught to me by Chicago-area bookbinder Karen Hanmer. I created my text block from recycled books about animals. The sheets are hand-torn and randomly arranged to produce interesting juxtapositions of text and image. They are hand-sewn on double cords using linen thread. The endbands are hand-wrapped with 18-pt. waxed linen thread. The book has shaped poplar wood covers, which are then covered in blue velvet.   The fore-edge markers, which indicate the pages with handset type (featuring text by St. Francis), are made from cotton cord and tied with Franciscan knots, traditionally used by monks to tie their belts. The clasp is made from hand-pounded and shaped brass. The metal bosses used to protect the outside covers are made from upholstery tacks. The Turk's head knot used at the binding's tail is traditional. Instead of using leather, I used parachute cord. In honor of St. Francis, no animal products were used in the production of this book. St. Francis of Assisi Girdle Book features twelve pages of handset type indicated by the fore-edge markers (Johannes Gutenberg introduced the printing press and moveable type to Europe in 1439). The text was printed on a Vandercook proof press using Bernhard Modern Roman 18 pt. type. It was printed at Spudnik Press, a cooperative print studio in Chicago. The text is taken from Salutation of the Virtues, ascribed to St. Francis by Thomas of Celano in 1247. The endsheet illustrations are reproductions of the following paintings: The Stigmata of St. Francis, by Bartolomeo Della Gatta (c. 1487) and St. Francis of Assisi, by José de Ribera (1642) This limited edition of 10 is entirely hand bound by the artist and features 12 pages of his handset letterpress type. Comes in an acid free protective box with a descriptive colophon. 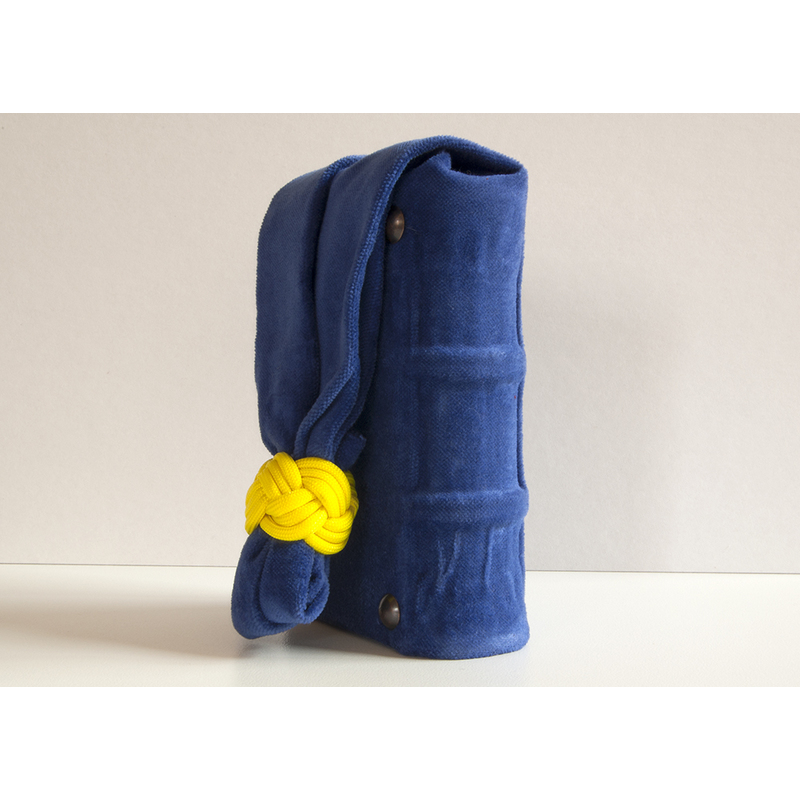 Mouseover (on mobile touch and slide) to zoom. 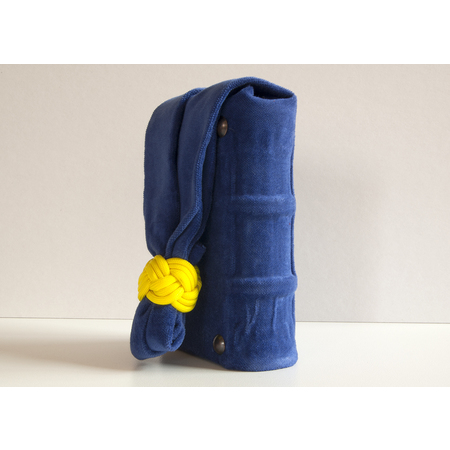