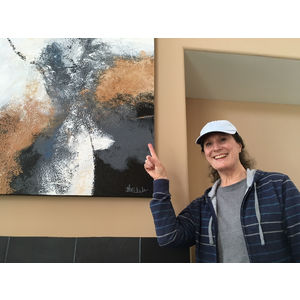 "Inspiration is more likely to strike when you are sitting in your studio, brush in hand, surrounded by paint."

As an abstract painter, I want to make something new, something that exists only in my head. I don’t want to re-create something that already exists. I’ve often thought that abstract art is the purest form of what many consider “original”, or one-of-a-kind art. An artist can paint the Grand Canyon over and over, and they can paint it wonderfully and expressively, but it’s still the Grand...

... Canyon. However, you can’t see a piece of abstract art any other place but on that one piece of canvas, and that, to me, is really a one-of-a-kind original.
My paintings are a combination of sculpture and painting. I begin with a texture medium, which I sculpt by shaping, carving and manipulating on the canvas. When I apply the texture, I keep in mind a loose composition and try to imagine what it might become. This sculpture ultimately helps me figure out what to do with the paint as I proceed. After a couple days of drying, I sand it a bit and begin to apply paint to the highly textured surface.
I begin with only a vague idea of where I’m headed. I will usually start with either a tried and true color combination, or a new mixture of color recently spotted in a flower field, on an old piece of wood, or in a photograph. I’m always looking at color to explore new ways to make colors react against each other, or to make adjustments to some of my often-used combinations to change how they relate to each other.
I begin by layering colors on each other for depth and interest. Most of this layering comes from instinct. I don’t think too much about it, but react to what is appearing on the canvas. This is a bit of subconscious creativity that is better off when leaving my brain on autopilot rather than fully connected. I don’t know why this works, but thinking through each stroke has never given me the desired effect. Much of my painting time is spent listening to books on tape. This engages the part of the brain that interferes with my painting and keeps it busy while the rest of me creates. I love making the texture, color and composition the ONLY things I need to concentrate on when I paint. It frees my imagination.
I’m always asked, “How do you know it’s finished?” If it’s not speaking to me, it’s not finished, and I continue applying more and more paint until it is. It’s just a feeling I get when I look at it. 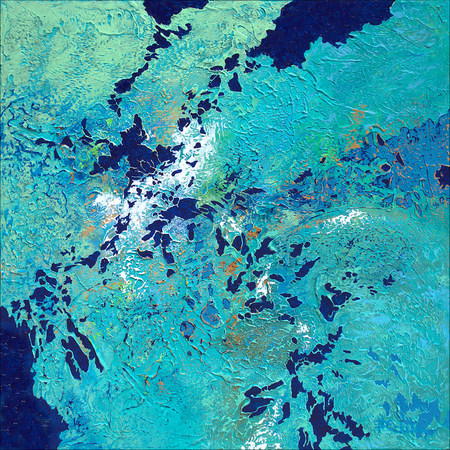 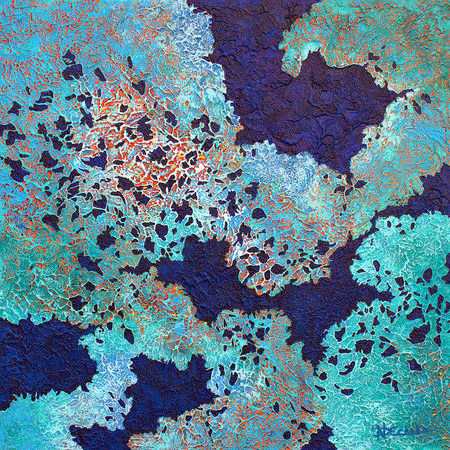 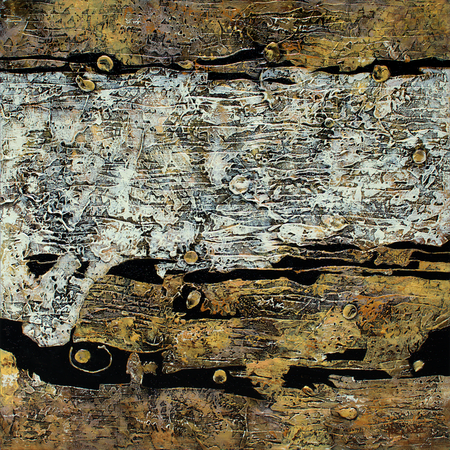 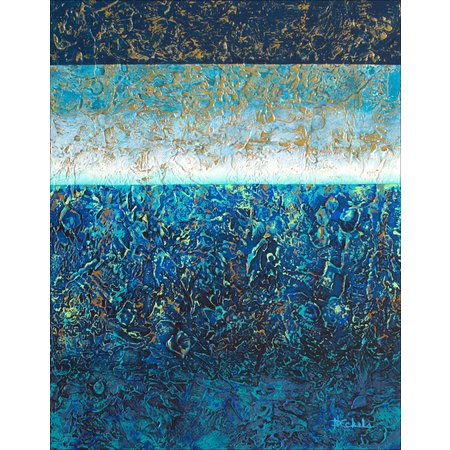 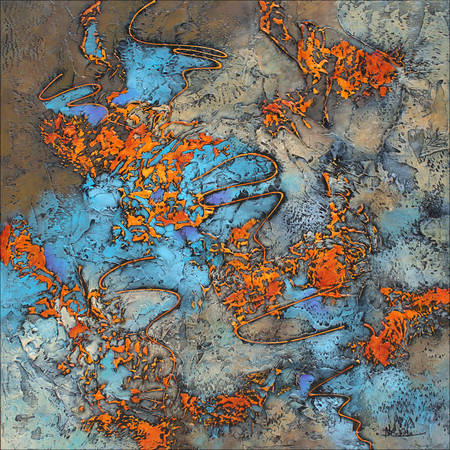 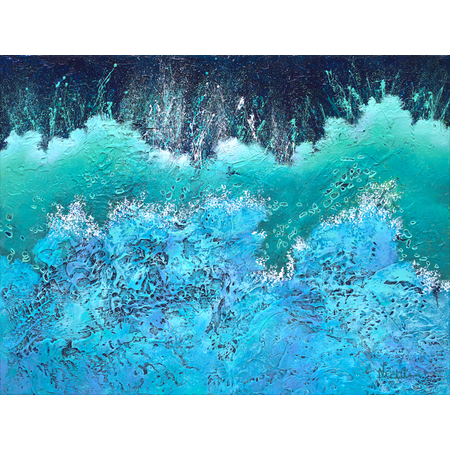 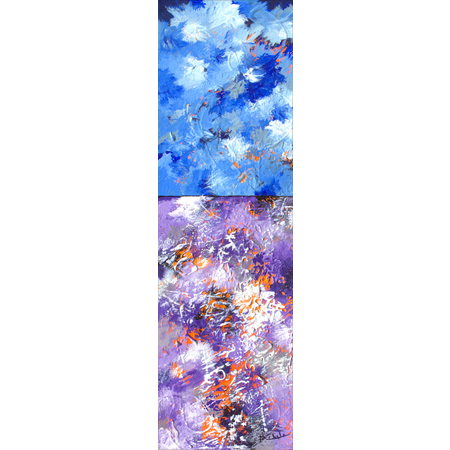 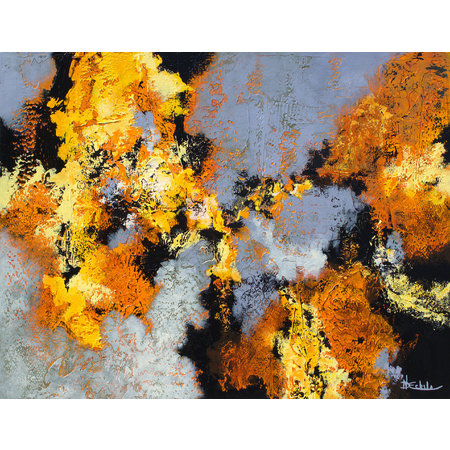 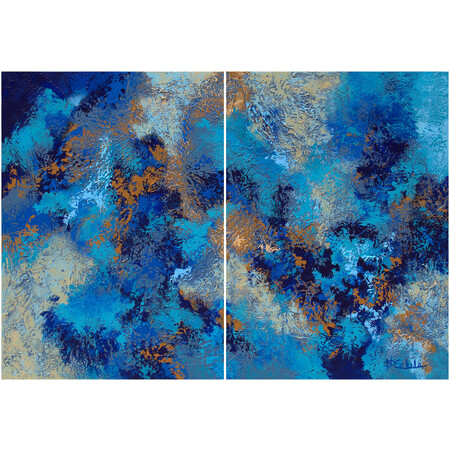