"I paint ecological inspired paintings of wetlands and forests, with expressionist color and abstract compositions."

Justin Bernhardt grew up next door to artists on either side of his childhood home in Kalamazoo, MI. From an early age, he would visit their houses to watch them work, and create with them. His focus has been on painting since 1989 when he transitioned from practicing the violin into the visual arts. Around this time, he was greatly inspired on a trip to the National Gallery of Art in...

... Washington D.C. by the bright and dramatic Hudson River School landscape painters. His recent work goes beyond the tradition of American landscape painting to embrace a contemporary universal ideology and natural abstraction. Bernhardt graduated from the School of the Art Institute of Chicago with a BFA in 1999. In 2013, he earned an MFA from Goddard College in Plainfield, Vermont. After graduating from college in 1999, he traveled the United States in his van and painted the landscape for exhibit in shows. From 2001-2005 and 2007-2008 Bernhardt owned two art galleries in Kalamazoo exhibiting his own work and the artwork of other artists. He has won several awards including three Purchase Prize awards, a Best of Show, Best in Category of Painting, First Place in Painting, a Merit Scholarship to study at Ox-Bow School of Fine Art, and the Lang Art Scholarship to study at Guilford College. Bernhardt’s work has been collected by hospitals, colleges, schools, businesses, and private collectors worldwide. Inspired by ecological interconnection, he began the water microcosm series in 2009. He has instructed art courses at Kalamazoo Valley Community College since 2002. Currently, he creates from his studio and home on a partial wetland lake in Southwest Michigan, where he lives with his wife and son. 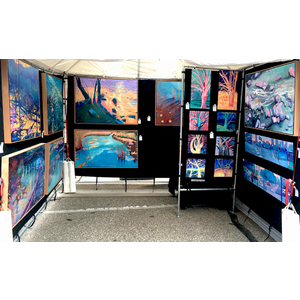 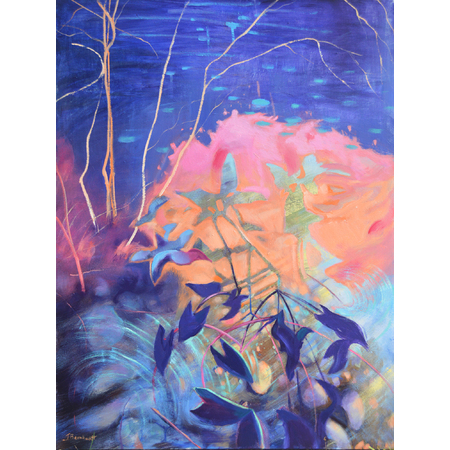 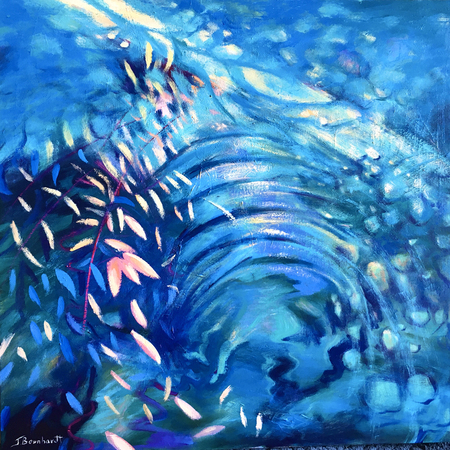 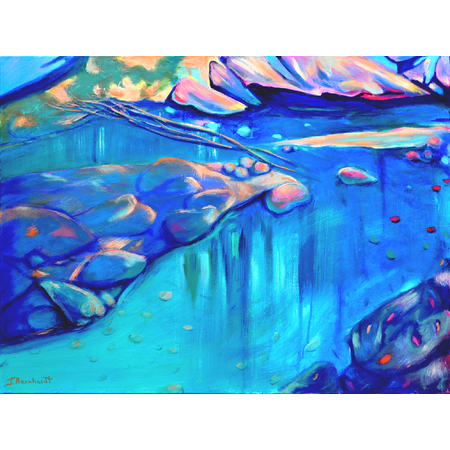 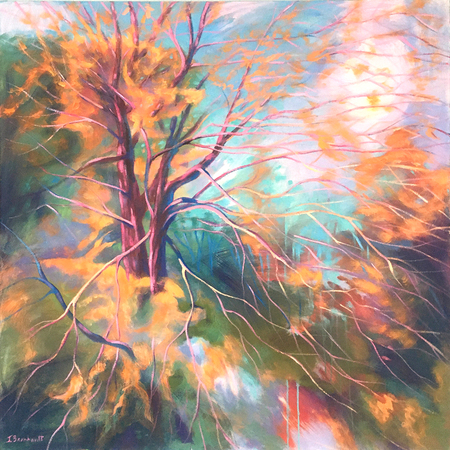 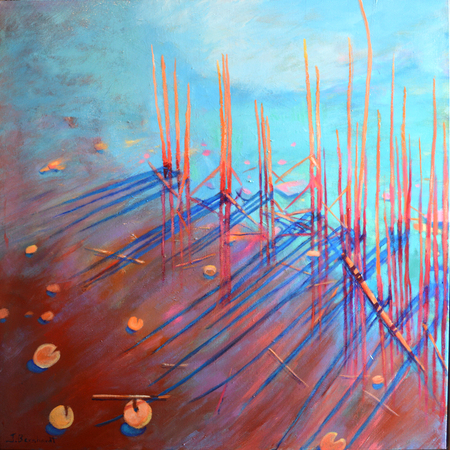 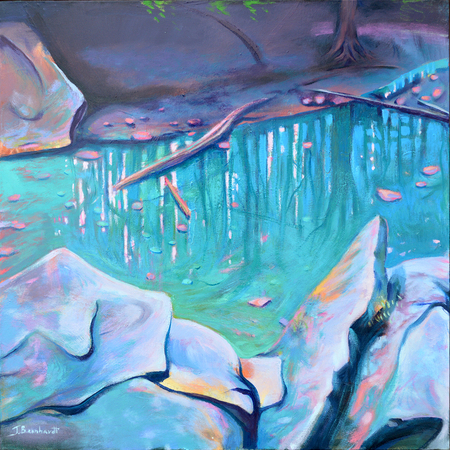 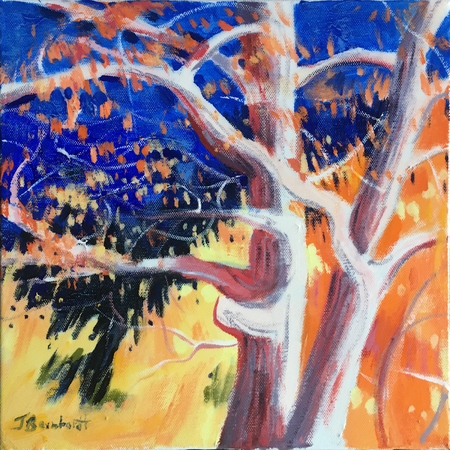 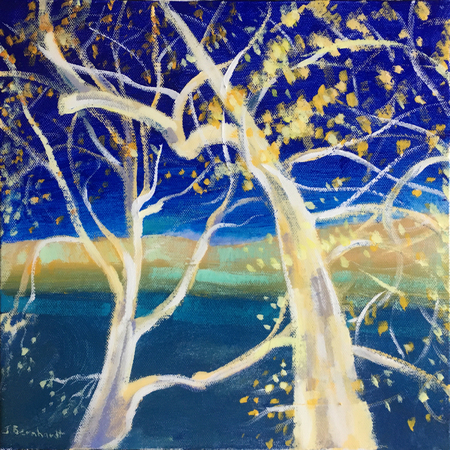 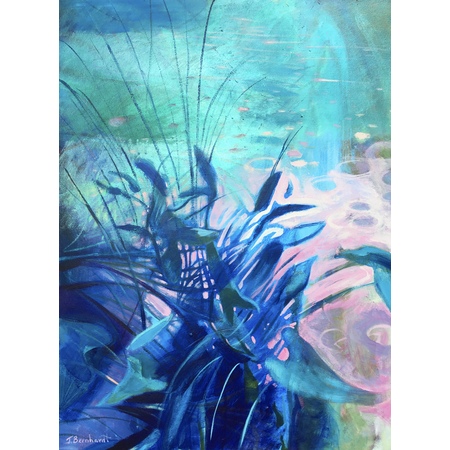 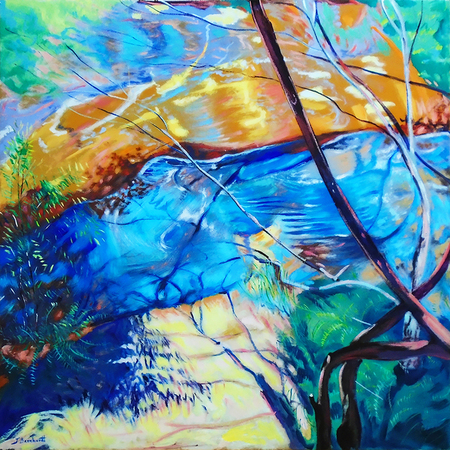