Made From Coins Gallery

"Artful jewelry formed from vintage US coins. One side of an old silver coin is sanded off & transformed into a design, leaving coin image intact on reverse side. Also some coin-on-both-sides pieces."

Jessie grew up in Woodstock, NY and studied silversmithing at the Woodstock Guild during many summers of her childhood. Among her many creative pursuits was jewelry making, something several of her grandparents had also done. From her parents, who are antique dealers, she had learned about “trench art”– the repurposing of found objects like bullet casings and coins into jewelry by soldiers and...

► Read More About Jessie and Dan

She created a flower coin bracelet based on a piece by an Australian soldier, liked it, and began developing other designs of her own. Choosing American dimes, quarters, half dollars and dollars minted before 1965 ensured that the jewelry was innately substantial, being 90% silver.

While earning her bachelor’s degree from Vanderbilt, Jessie inherited a hoard of coins from her paternal grandfather. He’d had a pet store in the Bronx for many years and had set aside the silver coins whenever he could. It seemed like fate. After completing her degree, she returned to Woodstock and to what she most loved doing. Her mom helped her with the various aspects of starting a business, and soon she was doing weekend crafts shows and selling her work online.

A few years later, she and her husband Dan began to expand the business, introducing new designs and styles, seeking out new sales venues. Dan retired from his corporate career and they began making and selling Jessie’s pieces full time. Jessie continues to create new designs, by hand, in their home studio in Woodstock.

They have four children, some of whom are already learning the family business and assisting at shows. 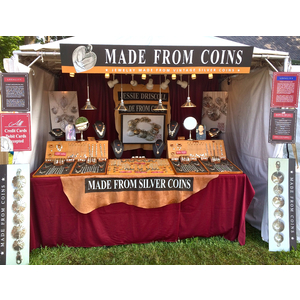 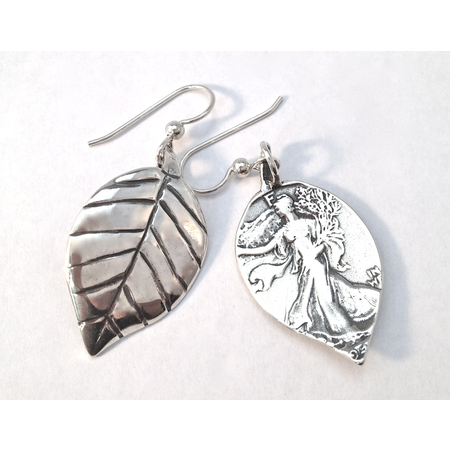 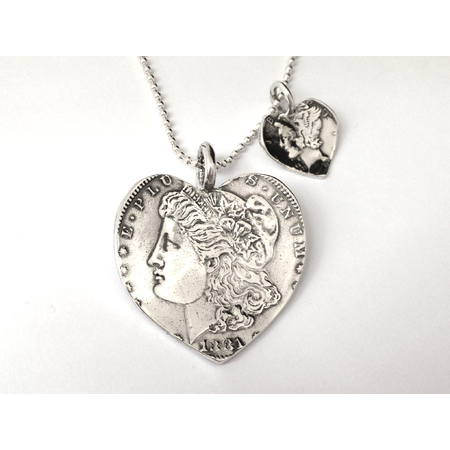