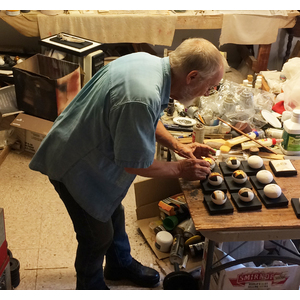 "As an observer of people and their foibles and habits, my work deals mainly with comments on the human condition and people's relationships. I see both the serious and the whimsical and think that we all need to be able to laugh at ourselves and our institutions. "

ALLEN K. LITTLEFIELD Born in Wilkes-Barre, Pa, the artist spent his childhood years in areas of the United States as divergent as New York City, Pennsylvania, Florida, and the state of Washington. Littlefield later returned to Wilkes-Barre where he graduated in 1967 from Wilkes College with a BA in Art Education. After four years of teaching art on both the elementary and high school...

... levels in the Kingston City School system of Kingston, NY, Littlefield moved to New Paltz. There he pursued graduate studies under ceramics instructors Kenneth Green and Robert Sedestrom at the State University of New York. He was employed as a graduate ceramics teaching assistant until 1973 when he received a Master of Fine Arts degree.

Allen hand builds each piece individually out of white stoneware clay. The work is then bisque-fired in an electric kiln. The final step in firing involves an ancient technique called pitfiring. This is done outdoors and involves wrapping or positioning each piece with various materials including cardboard and newspaper. After the pitfiring Allen washes each piece thoroughly and lets it dry before applying other colors or attaching them to backgrounds. Since the work is porous it is not recommended for outdoor use in climates where temperatures dip near or below freezing.

As a general statement about his sculpture, Allen Littlefield explains that current work is to be viewed as "future artifacts", objects that foreshadow what may be found in museums 3,000 years from now. The sculpture and fragments might reveal some of our alleged martyrs and saints or ritual and sacred objects.

All great civilizations are known by their gods and human achievements. Our current reliance on hard and soft technology, the "new gods", will in time crumble and be found also to have "feet of clay". 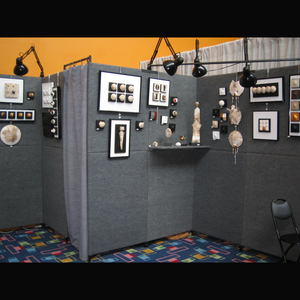 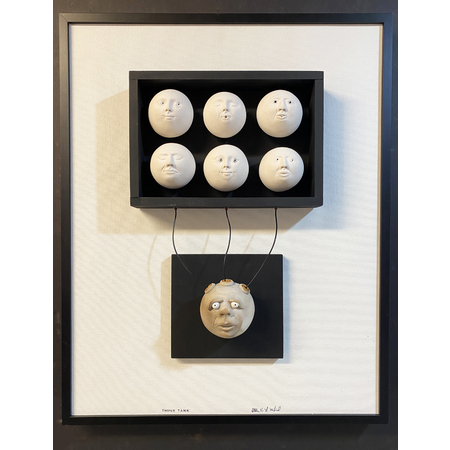 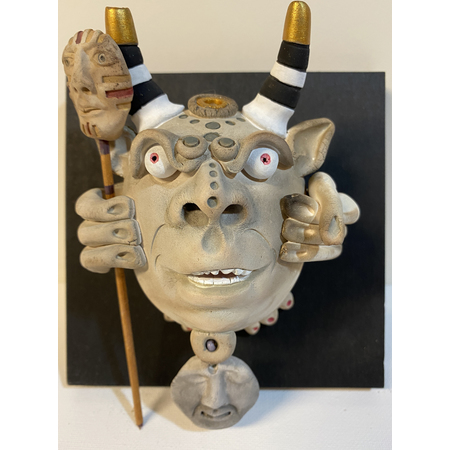 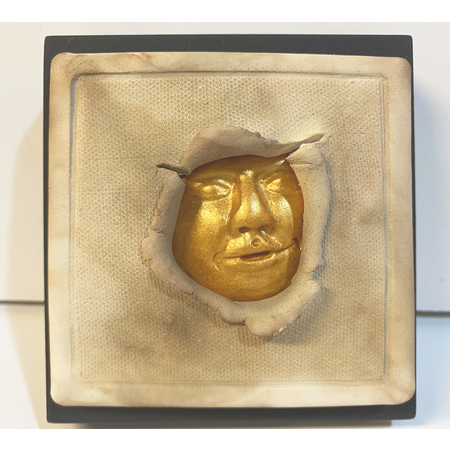