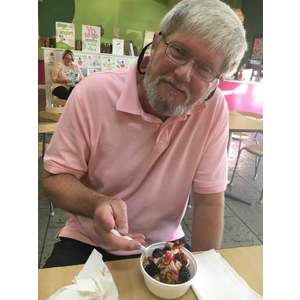 "My one of a kind pieces each carry a piece of my soul."

Morgan Harris is a studio potter whose work is with macro-crystalline zinc/silicate glazes on wheel thrown porcelain pottery. His primary focus is marrying the difficult and fickle, yet stunning, crystalline glazes to his interpretations of classical Greek and Roman vase and bottle forms. After retiring from a career in the United States Navy in 1994 he obtained a BFA Degree in the field of...

... Furniture Design from Kendal College of Art and Design, Grand Rapids, MI. Harris currently works as a freelance Furniture Designer for several major manufacturers. During his art studies he developed a keen interest in classical design and forms. In 2005 he and his beloved wife took pottery lessons at a small school in Greensboro, NC. After embarking on his pottery adventure he saw a crystalline glazed pot and became determined to master the technique that so mesmerizes him. Early and continued successes as a “crystallier” have fueled his passion with this most difficult of all glazes. When providence produces a particularly stunning piece, or even with the occasional failure, he is driven to learn and pursue mastery.

Through his web site MorganHarrisPottery.com he has sold his work to collectors all across the United States and to several foreign countries. Harris also displays and sells at numerous galleries and juried fine art and craft festivals throughout North Carolina, Virginia and South Carolina. He was awarded “Best of Festival” at the Fayetteville NC Dogwood Festival 2015. Customers and shoppers often express deep admiration for his forms, colors, and technique. 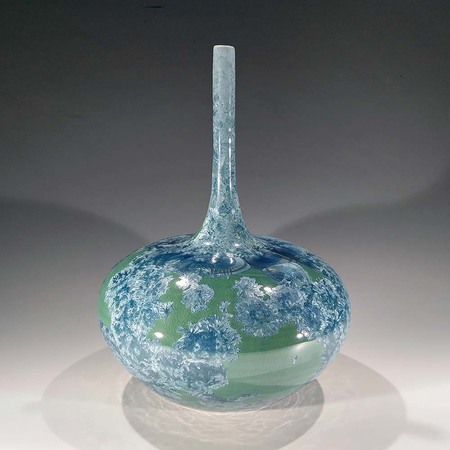