"I make things out of nuts and bolts - things you have in your garage that I turn into art."

While studying Art History at the University of Texas, Henry Cesneros, became intrigued with the concept of found art. Henry utilizes mundane garage items such as spark plugs, motorcycle bike chain, nuts, bolts, nails and screws, which have been previously discarded to produce common identifiable objects. While some may regard recycled - art or found art to be junk, Henry prefers to give...

... life to the items he creates, adding in movable parts and whimsical features. His assemblage of works include the combination of several found objects and fabrication to alter their appearance. Recognized items include likenesses from RoboCop, Star Wars (Boba Fett, R2D2, Darth Vader and the Millenium Falcon), Predator and Alien and Dr Who, along with commonly known figures such as dragons, dinosaurs, dogs, cats and singing frogs. 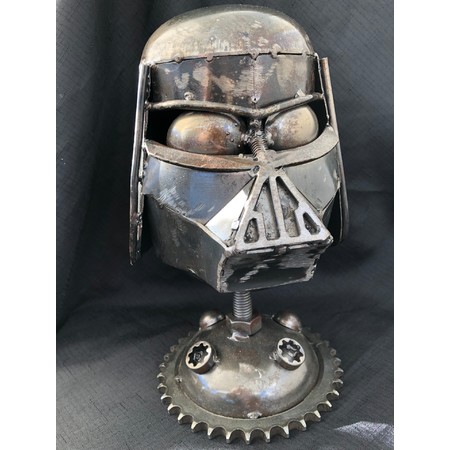